Surfin’ on the Blog Hop

Posted on April 3, 2013 by lesdentonpublisher 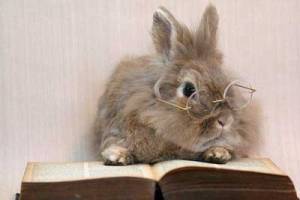 When partner in pen Les Denton asked me to join a blog hop, I had a single thought. What the heck is a blog hop … and do I get to keep the bunny? Okay, that’s two. Well I’m pretty excited about Surfer Girls, so here goes.

1: What is the working title of your book(s)?
Surfer Girls

2: Where did the idea come from for the book?
Good question! Muse tends to drop in on me unexpectedly, and when she leaves, she’s usually given me a book, short story, song, whatever, almost fully formed. Such was the case with Surfer Girls. But I did have a few ingredients waiting when Muse showed up. I’ve always been something of a romantic, and “Surfer Girls” by The Beach Boys was one of my favorite songs when I was in high school.

There was a small college in the town I lived in, and one of the students drove a ’65 Chevy with California license plates and a surfboard strapped (I thought) to the roof rack on top. One day he had left the car in the parking lot of the restaurant where I worked, and while I was sweeping the parking lot I walked over to the car to check out the surfboard. That was when I discovered that the surf board wasn’t strapped to the roof rack, it was screwed to it. I don’t know if the guy actually surfed or not, but I knew he didn’t do it on that surfboard. He just had it on his car to impress the girls, hence the idea of faux surfers. 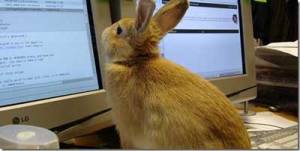 Then, one day I was listening to “Surfer Girls” and started thinking about the girls I had known in high school. What had happened to them after high school? Did they stay in our small town, or did they go away? After they’d been away for a while, did they come back? How had they dealt with all of the societal changes that had come along such as the women’s liberation movement and the drug culture? As I thought through the characters in Surfer Girls, they started to become an amalgamation of all the girls/women who had passed through my life, some of whom were quite a bit younger than I was.

I began to realize that it was the life experiences of these younger women that would really make the women I was envisioning, and these life experiences simply could not have happened to the girls I went to high school with. And I wanted the women to be at a somewhat pivotal age at the time of the book. So, I created an Excel spreadsheet, put all of the important events and life experiences on it, then I started sliding a timeline up and down the events, trying to find the right age for the women.

Finally, I tried putting the women at age forty at the time of the book and everything worked; I had the surfer girls. The important events and life experiences fit the timeline, and for many women, hitting forty is somewhat of a transition year where they spend time evaluating their life so far, and deciding if they want to keep on as they are, or if they want to make some radical changes in their life.

After I had my characters formed, I figured out how I wanted the story to end, and then just wrapped the story around the events I wanted to include. And I had my Surfer Girls.

3: What genre does your book come under?
I describe it as a contemporary suspense/supernatural, with a little horror for seasoning.

4: Which actors would you choose to play your characters in a movie rendition?
I’m not a huge movie buff, and the genres that I like are somewhat limited, but here goes:
Nicole Pauline Bailey – Nicole is an over-the-top and not particularly deep person, so any number of actresses could do this role quite well. But I think it might be fun to have Naomi Watts play her. While most of Ms. Watts’ roles have been in a somewhat serious vein, I have seen flashes of an over-the-top part in her.
Barbara Ann Mason – I have to admit that Barbara is my favorite character, so deciding who should play her is difficult for me. Plus, she’s a redhead, and whoever plays her has to be able to come across as a natural redhead, which is not the easiest thing to do. Uma Thurman is a possible choice, but I would want to do a lot more thinking about it before making a choice.
Karen Lynn “Cairn” Dumont – Kathryn Erbe has done several roles where she was a strong character, but not necessarily the most prominent character. And this is somewhat Cairn’s place among the surfer girls.

5: What is the one sentence synopsis of your book?
Surfer Girls, three women getting even with the men who’ve done them wrong, with a little help from the supernatural.

6: Is your book self-published, published by an independent publisher, or represented by an agency?
The book is published by Panoptic Books, an imprint of Assent Publishing.

7: How long did it take you to write the first draft of your manuscript?
I actually started writing Surfer Girls, both in my head and on the word processor, while I was still doing the editing on my first novel, Welcome to New Tipton. Consequently, while I worked on Surfer Girls for about two calendar years, the actual writing and editing took me about a year and a half. 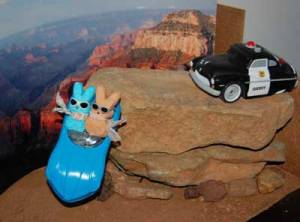 8: What other books would you compare this story to within your genre?
I don’t know of any books quite like this one. It’s kind of like Thelma and Louise meets The Craft.

9: Who or what inspired you to write this book?
I was presented with an opportunity where a wonderful woman offered to financially support me so I could focus on writing full time. Her belief in my writing ability inspired me to write two novels, Welcome to New Tipton and Surfer Girls, and a novella, Fortune Cookies. God gave me the talent, and this wonderful woman gave me the opportunity, and I will be eternally grateful to both of them.

10: What else about your book might pique the reader’s interest?
I have always loved the ending of Chapter One, and I believe any woman who reads that much of it will immediately be drawn to the rest of the story. 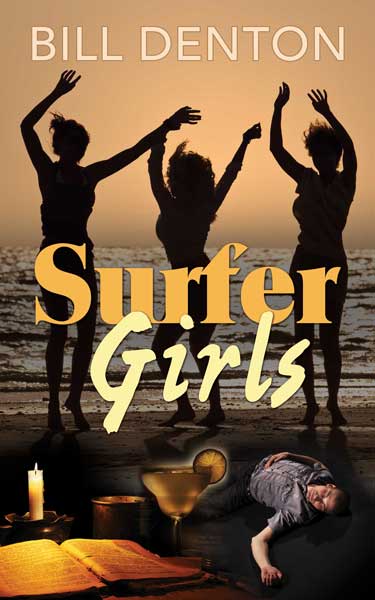