Starve a Cold, Feed a Zombie??

I never know whether I’m supposed to starve the cold or feed it, and what about the fever? 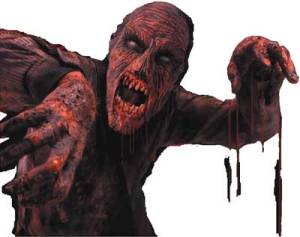 Don’t the cold and fever go together sometimes? Thank goodness we have a vast and brilliant medical society to query for research to add realism to our writing. Now zombies I know. Feeding is all they do. Anything else is creative liberty, sometimes taken a bit too far over the line. Oh sure it works great for zomedies, (the comedic zombie sub-sub genre, think Shawn of the Dead). Maybe even a splash of sci-fi where humans intervene with medical science like Universal Soldier, but then, technically we’re not really dealing with zombies anymore, are we? When I have on my acquisitions editor hat at Bad Day Books, Assent Publishing’s horror, thriller, and suspense imprint, I am looking much more broadly than just zombies, or monsters (human or unreal), or even horror. I am seeking storylines that take the protagonist out of the norm and toss them into an uncomfortable zone. It’s not so much about the catalyst, be it horror, thriller, suspense, even mystery. It’s about how the protagonist navigates the plot and grows through the experience. Okay, so that may be a bit too broad, so let me give you a bit more of an idea about what I am looking for at Bad Day Books.

Supernatural or Paranormal Horror – Does your story have characters from beyond

such as ghosts, goblins, or other unearthly beings (supernatural); or vampires, shapeshifters, or fantastical beings (paranormal)? What I am looking for is strong unforgettable characters capable of battling against the odds while creeping into the reader’s heart. I want to think to myself, “What’s Sandy doing today?” while I’m standing in the check-out line at grocery store, only to remember, “Oh, yeah . . . she’s not real, she’s in that book I’m reading.” The protagonist can be a normal, average Joe that just happens to live next door to a nest of vampires, or the protagonist can be the vampire living next door to a nest of meddling, out of work, beer drinking yahoos. The plot can travel around the world or just as far as the reader’s own home or backyard. It can be set in the past, present, or future, maybe even hop around via backstory. Good and bad guys can span across species and even inanimate objects. As long as we worry along with them, bite our nails, check under the sofa, and pray for their safe landing at the end of the tale. If romance is the central element, Breathless Books, our romance imprint is the place to submit paranormal romance manuscripts.

future) often expands it reach to the general fiction category. An effective scaring technique is to place the protagonist in the reader’s surroundings and toss an evil element in their path. Stephen King and Dean Koontz have been keeping readers up all night for decades, fearful of both the obvious (werewolves), and the ordinary (your toaster). Take your time and research while writing to really understand the everyday nuances of the life of your reader and develop multi-dimensional believable characters. Where do they work? Where do they play? What are their interests in family and friends? What are their subconscious quirks and habits? Package that carefully to appeal to your readers and wrap it up in an intriguing storyline. I’d love to give it a read.

Apocalyptic Horror – Okay, we all know the world is going to end sometime, but when?

Today? Next week? Far out into the future in a world wrought with out of control societal oversight . . . well maybe that’s not so far out as we think. One thing’s for sure, if it already happened, you wouldn’t have pen in hand. The crisis is huge and all things living, dead, and inanimate, feel the impact as they await . . . or survive the inevitable. Due to the grand nature of the theme, there are often numerous characters, sometimes geographically and culturally disbursed, introduced into the storyline. Overbuilt character lists are easily remedied by employing a few well placed mini-disasters along the way to kill off the growing populations. These manuscripts are usually lengthy, between 90,000 and 130,000 words. Sometimes the storylines are instruments designed to spark conversation, suggest real societal answers, or to express disappointment or concern. For the less lofty in cause, these are also great vehicles for action, suspense, and a thrilling ride worthy of pitching a blockbuster movie screenplay.

Psychological Horror – The definition of horror is an overwhelming and painful feeling caused by something frightfully shocking, terrifying, or revolting; a shuddering fear. Where 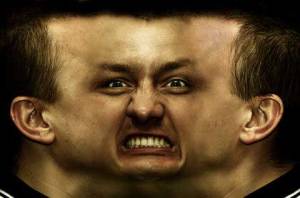 better than the human psyche to seek both the inflictor and recipient of such terror? The Home by Scott Nicholson and Invisible Monsters by Chuck Palahniuk are great examples. Strange that this is also where you often find humor. Whether it is the sick quirk of a tormentor or the day to day levity that bonds you with a sympathetic character, well placed humor allows the reader to digest the unthinkable and gather the nerve to complete the novel. I just love psychological horror! Plot lines can focus on the cat and mouse between two characters or a single tormented soul, with backstory to enrich each character with detail. The reader’s attachment, whether in agreement or disgust, to each character is critical. Authors get to know each character intimately and commit them to paper, sometimes prior to starting the manuscript.

Humorous Horror – Okay, so it’s hard to take zombies seriously. You don’t think bad day so much as maybe bad hair day, but with all that blood and guts, it’s definitely still in the horror genre. The success of zombie movies has spurred a great deal of writing, some more inspired than other. Similar to apocalyptic horror, successful books tend to parody social 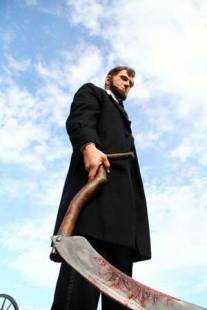 customs, inspire change, or introduce a concept so new and refreshing to us that conversation and mimicry occur in social networking or even advertisements. Since this theme has been a bit overdone, I am seeking real rapier type wit or vastly unique subject matter in the zombie realm. There has been an upswing in historical humorous horror (say that one five times fast). Past U.S. Presidents seem to be particularly vulnerable as subjects (What would happen if President Lincoln had a run in with zombies as a child?) Written well, humorous horror can attract a much wider audience than other horror sub-genres because humor is universal. Ask any comedian though . . . humor is tough to get right. So please, make me laugh, I could use the release!

Thrillers and Suspense – The definition of thriller is to cause to feel a sudden intense sensation. Similar to thriller, the definition of suspense is anxiety or apprehension resulting from uncertainty. A well defined, gripping plot is crucial here. We don’t want to know what’s

going to happen next. If we do know, we are holding out hope that against all odds, it won’t happen. The element of mystery can be employed but is not essential. It is the feeling of angst that keeps us turning the page. There are many ways to accomplish that. Series have strong well thought out protagonists resolving incidents by profession (Alex Cross) or by chance (Odd Thomas). I like unique or quirky bad guys, whether solo or serial killers, career criminals, or just plain psychotics. Manuscripts with single or series strong, self-propelling, well defined lead characters are welcome. Adrenaline-pumping, kick ass women rock!

Horror novels can contain elements of multiple sub-genres. In addition to the sub-genres mentioned above, sci-fi, mystery, even romance can be part of your plot. Assent Publishing and its Bad Day Books Imprint are excited to find and publish great new and established talent.

Assent Publishing’s Bad Day Books Imprint is currently accepting horror, thriller, and suspense submissions. Please send your submissions to editor@baddaybooks.com. I have my up all night light ready and my wiener dog faithfully at my side to ward off all the terror you can toss my way. Bring it on!