Introductions to the Industry

Writing my first book felt alarmingly natural. Publishing that book, on the other hand, was 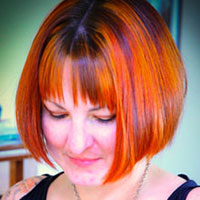 Savages started as just an idea. A world I dreamt about, voices I heard in my head. I jotted notes in the dark in a notebook I kept by my bed, grasping at the tails of a dream before it fled my consciousness completely. I wallowed in that other world on my commute to work, allowing my mind to side step out of traffic and onto a post-apocalyptic stage. I typed whole scenes into draft emails at my desk at work when my two characters were far more enticing than the flat computer screens under florescent lighting.

I lived in the story, at least a little bit, every day I was working on it. I was infected by it as my mind so often chose to live there over reality. I could pass an entire meeting dodging savages in the landscape of my brain.

Each night, I channeled the advice Stephen King proclaimed in On Writing. After my daughter was tucked into bed, I sat, and I wrote. I did not allow the editor embedded in my brain to interject as I typed. I tried not to think or structure or force; I tried to just allow the writing to gain momentum and take me over.

Thankfully, with Savages, this was easy. Parker and Marcus marched through my head all day, migrated through my dreams at night. It was not challenging to construct words around them each evening.

Writing was always the easy part. Ever since I was a child, the words just tumbled out of my broken brain. It was natural, instinctual. It was everything else—the business of writing—that was foreign. 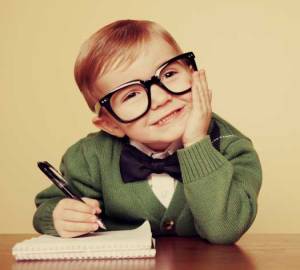 Admittedly, I was completely naïve and unlearned about the publishing industry. It was my own fault. I was a writer; I knew that. I never bothered to look into how to become one publicly, all that was involved in publication. Foolishly, I thought a publishing contract would happen, and then it would all just fall in line after that.

I would have jumped through any hoops to be published though. Not the self-publishing that is so easily possible now. To release a book that way, I would have just needed to complete the novel. No one would have known to buy it, but it would have been out there. That was not enough for me. My dream was to be accepted and supported by an actual publishing company. I wanted to pass the quality control and competition of being signed by an entity.

When it happened, when Assent Publishing offered me the publishing contract for Savages, I found myself in shock. It had always been my ultimate career goal to publish a book; however, with the influx of real life, that goal had shifted behind income, family, and basic day-to-day employment.

Deep down, I think a part of me had relinquished part of the idea of that success. Part of me had become complacent with my life as it was and my success as a professional rather than an artist. When publishing became a surprising reality, I was reminded of how long I had wanted it.

After the shock wore off, reality began to settle in, which started with learning about the publishing industry.

Assent Publishing offered and required an education in the industry and self-directed marketing as part of the publication process. Initially, I found this requirement simultaneously exciting and confining. The idea of so many lessons bogged down my writing time. Yet with each lesson, I learned just how much I did not know.

When I was dreaming of becoming a published author as a child, I thought I just had to make it to publication. I just had to sign that contract, and I would have made it. In my mind (and maybe even accurately back then), the publisher would then whisk my carefully crafted words away, package them, distribute them, sell them. I would simply sit back and be a published author.

Tragically, this is not the case. I wish I had known writing my book would be the easy (and more enjoyable) part. I wish I had known the story, the book itself would take a backseat to the marketing and promoting of said book. If I did not do the final read through of the book before I release, I may have forgotten my own characters by the time I held it in print.

However, I am grateful to know the industry in reality. I am happy to be a part of it, pushing and scraping to be heard amidst the road. When I was able to hold my first book in my own hands, it was worth it. It was worth all the work, as it always would be.

Two survivors search the ruins of America for the last strain of humanity. Marcus believes they are still human; Parker knows her own darkness. Until one discovery changes everything. 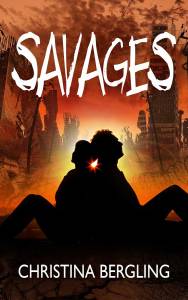