How OCD Drove Me to Help Others

Posted on July 5, 2014 by lesdentonpublisher

One of the most important reasons I chose to launch my debut novel with Assent Publishing was due to its willingness to support both my book and writing career through their thoughtful and ongoing mentoring process. Specifically, Assent Publishing is the only national and/or international publisher I am aware of that provides this coaching to its contracted authors per everyone’s favorite four-letter “f” word—FREE.

Throughout my journey in the Assent Academy, my instructor Deborah R. Magnus introduced my class to a label that many of us never actually considered a synonym for philanthropy, and that word was publicity. Per the Assent Academy for writers, I learned that publicity is using the media to create relevant exposure for one’s book. Precisely speaking, there are definitive levels of publicity for an author to connect with; for me, I choose to associate with local channels, targeted community endeavors, readership networks, particular professional and amateur memberships, personal expertise, and online social media outlets. Going on eighteen years as an educator and coach, I have involved myself with several philanthropic endeavors over the years. But what Assent Academy gave me, through the tutelage of my writing coach and imprint editor, was the realization that I should find a meaningful charity to support that connects to my novel.

Insurgency’s protagonist, Alan Shultz, battles with the same socio-emotional ailment I have struggled with throughout my life—obsessive-compulsive disorder. Specifically for me, chronic worrying and certain ritualistic behaviors have made my life difficult throughout the years. Hence, I chose Beyond OCD, a small nonprofit in Chicago (http://www.beyondocd.org), because of its close connection to the protagonist of my novel. Consequently, I personally find a smaller, local organization easier to work with, and Beyond OCD has been a gem.

Something I learned from the Assent Academy is to work with what you have; there is never a reason to become house poor when planning and executing any of your author events. Since I happen to be a high school softball coach whose team gets to play in the finest professional women’s stadium in the country—The Ballpark at Rosemont, home to Jennie Finch’s Chicago Bandits Professional Softball Team—I realized I had the keys to the castle. And since Alan, the protagonist in Insurgency, played college baseball, I had a unique hook to work around. Through

collaboration with the aforementioned nonprofit, we organized a Home Run Hitting Derby at the stadium, calling it Knocking Out OCD, with one hundred percent of the proceeds going toward free online programs for students battling with obsessive-compulsive disorder. This event was a win-win because I was able to help a terrific local cause while gaining media attention and notoriety as an author. I was even able to get 97.9 The Loop, one of Chicago’s most iconic radio stations, to come and broadcast live at the event. Here are links to all the unique media attention this event fostered:

Finally, the Assent Academy opened my mind to the realization that the publishing industry is changing drastically; I had already been cognizant of the liquidation of brick-and-mortar bookstores, but I was unaware of the marketing revolution per e-book sales. Consequently, I learned that authors need to brace themselves for these changes by ensuring a willingness to adapt and adjust to the present publishing market. Without the Assent Academy, I would have been lost in the creation, implementation, and 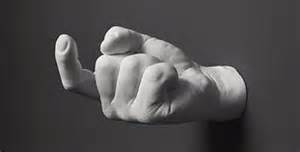 reinforcement of all the skills Assent’s Level I Workshop introduced me to. Assent’s teaching concept of “unique hooks” is brilliant. Too many authors try to sell their plots to people, but the truth of the matter is plots sell publishers, NOT readers. By tapping into my unique hooks, I will woo book buyers who originally would not have even considered purchasing my novel.

OCD-afflicted Alan, a Generation-X do-gooder turned serial killer, is the only thing standing between the president and his assassination at the G20 Summit. Insurgency will be released on August 2, so be sure to check it out. In addition to my book, Assent Publishing is full of heavy hitters, so if you’re looking for some authorship direction or simply some entertainment, Assentpublishing.com is your one-stop shop. 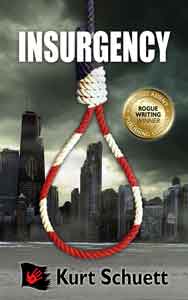