A Cat in the Creative Process

Posted on March 19, 2014 by lesdentonpublisher 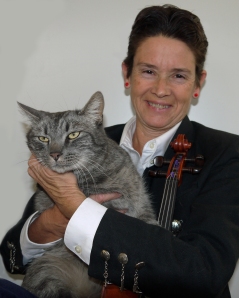 Among the many surprises I’ve encountered through the publication of THAI TWIST, one that is completely unexpected is that I’m now a nicer person. Let me qualify that. What I mean is that even if something happens that makes me angry, I can control the anger more easily. I immediately start thinking about how I can use it.

As an example, I was at a public park recently. Because I’d gone with friends, I happened to have a camera with me. When a perfectly beautiful cat came along, I snapped his picture. I didn’t even think about it. He was so cute I wanted to take him home, and he was so friendly that he came up and sniffed me.

“What are you doing?” a lady yelled.

She was in her mid-thirties. She had curly hair that dangled in front of her face and a scowl as big as the Grand Canyon.

I didn’t think it was necessary for me to explain what I was doing. I held up my camera without thinking about it. “Capturing beauty,” I answered.

“That is my cat!” the lady shouted. “You are not allowed to take a picture of him!”

A number of things went through my mind. One was that the cat was in a public space, and hence, he was perfectly fair game. But the lady was angry, and an elderly man who I assumed was her father was standing with her. Since I was ready to leave the park anyway, I chose a milder response.

“I’ll erase the photograph?” I asked.

“You’d better!” the lady screamed so loudly that four people turned around.

I pretended to erase the picture, but of course I didn’t. I needed it to remind myself of the funny incident. I walked on, leaving the lady and her cat behind, but I kept thinking about her. I kept thinking, she’s angry for no reason. No, that’s not true either. There must be a reason. And that’s where things got really creative for me. First my imagination decided that she was a schoolteacher and one of her students had just died. Then she was an accountant and she was being taken down for fraud. And then came the natural solution and the one I’m sure is closest to the truth: she needed a boyfriend. She needed sex. That’s why she was so “off.” She probably didn’t realize what her own problem was. In fact she was so bad tempered that she’d probably just lost her husband. No, she wouldn’t have had a husband due to her mean nature. So it would have been a lover who walked off on her. No, he wouldn’t have just walked off. He would have walked off with a thousand dollars of hers. Or two thousand. And he would have stolen her favorite antique, which would have been a mirror because she was so vain.

On and on my imagination went. I might have been frowning when I left the park, but the longer I walked, the more I was smiling. The lady had been perfectly rude and out of line. But she had given me a great image for a character that will be useful to me at some point. One day I’ll sit down to write and need a character silly enough to get angry at someone taking a picture of a cat.