Posted on March 7, 2013 by lesdentonpublisher

Welcome to Phantasm Books, the Fantasy Imprint for Assent Publishing!

High fantasy is probably my favorite genre. I began my lifelong love of reading when my dad gave me the works of J.R.R. Tolkien to keep me busy.

I was five years old when my parents pulled me out of kindergarten and moved us all onto a forty-foot sailboat; we began a three year journey which led us along the eastern seaboard of the United States, up into Canada and back.

We explored the Bahamas, the Virgin Islands, and the Bermuda Triangle (where my parents swore they witnessed two UFOs playing a wild game of tag in the clouds).

There wasn’t a lot to do during the long days at sea. Dad set me loose on the Hobbit and then the Lord of the Rings trilogy. Aragon, Gimli, and Legolas were my very first imaginary friends. Once I’d read the entire series, I developed entire new story lines in my head, with myself of course in the starring role. Don’t get me wrong, I read other books during those long three years, but I have never forgotten my first love. 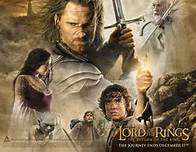 There’s just something special about high fantasy. It must have unique elements and beautiful world-building. It has its own rules, and includes vivid, believable cultures, languages and religions. The author is almost godlike in his creation of the imaginative, fantastical yet believable realm. Readers are drawn deep into this new, wonderful world,

and ours imaginations come alive as we wander through lush, tropical forests, icy mountain regions, deserts that stretch on for hundreds of miles, and exotic, foreign lands filled with the scent of spices and old magic. We meet creatures of myth and legend: jewel-toned dragons guarding their treasure-filled lairs; warrior dwarves and tall, fair elves; dainty, sometimes vicious fairies,

and goblins who’ve been conscripted into armies of evil.

There are different variations of world-building. The author can create an entire new world, as in Tolkien’s Middle-Earth (an imaginary period in our own Earth’s past); the

world can be hidden within our own, observable only by those with certain powers or abilities. Other authors have manufactured a separate universe accessible via a portal or some other magical device.

The story arc usually follows the same course: We meet the protagonist, usually a young man (but sometimes a young woman). As he learns about his mysterious past, or his heretofore unknown magical powers, he is then drawn into a quest or a coming-of-age adventure. During his travels, he meets fellow adventurers and gains stalwart companions. He learns about the forces of Good vs. Evil.

Our hero is on the side of Good, as are his fellows. On the side of Evil is normally a Dark Force, oftentimes led by a magical or supernatural being.

The hero finds a mentor (or the mentor finds him) who guides him along, usually a wizard or wise woman.

During the course of his adventuring, our hero goes through many trials and tribulations. As a result, he grows in his new powers, matures in his aspect, and becomes stronger in thought and deed – strong enough to finally face the Forces of the Dark Lord. In a final, epic battle, our hero and his friends defeat the Dark Forces. 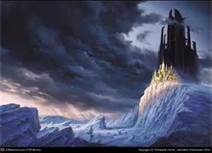 At the end of the story, the protagonist can then choose to go back to his “ordinary” life, hailed by all, even the ones who scorned him previously. Sometimes, however, he has lost his attachment to his old life, or can no longer fit in with the ordinary people from whence he came.

How many of you fell in love with reading via dazzling, vibrant stories such as these? Who are your favorite high fantasy authors? And most important of all, have you written an epic high fantasy, complete with deeply developed world building and powerfully dimensional characters on a large, fictional landscape?

Let’s chat. I’d love to hear from you.

Phantasm Books is the Fantasy Imprint for Assent Publishing. We are currently accepting submissions in the fantasy genre, including urban fantasy, high fantasy, dark fantasy and steampunk. Send your submissions to editor@phantasmbooks.com. I’m looking forward to reading your stories.