What kind of a name is Rudolph…for a serial killer?

…Or Bambi for that matter. How do you choose your characters names? Does it all come to you in one neat little package along with their eccentricities and hair color? Or do you find yourself making a list and checking it twice to see if you’ve been naughty and already used that name? 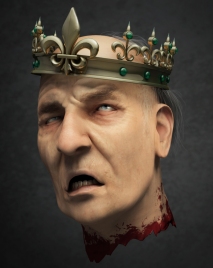 Some names come with baggage right out of the box. Bubba and Igor come to mind. But sometimes a bit of preconception makes sense. Though it has been over seven hundred years since his infamous war strategies, the mere mention of Vlad’s name conjures up visions of blood and daggers. Adding edgy names to quirky characters is a great way to introduce them to your audience. You also wouldn’t want to name your eighteenth century character Brittany or Jayden. Naming a female character Ashley in that same period would raise an eyebrow or two.

There are also rules. Rhyming is frowned upon for couples (Mary and Larry sitting in a tree…), as is choosing a name that sounds suspiciously similar to an already famous character’s name such as Thames Bond. Some people feel that names beginning with hard consonants like Trent add strength to a character while Barbara adds a softer touch. Sir names can be used as tools to describe genealogy (Patty O’Brien) or to add a bit of descriptive humor (Johnny B. Goode).

Zombies fall into two camps when it comes to names. The mindless hoards don’t require 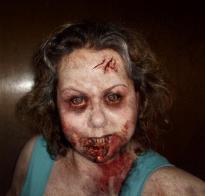 names at all unless they are active (as active as a zombie can be), such as a fight scene. In this case, they are identified with nicknames such as Peg Leg or Martha Stewart (sorry Martha!). The other camp contains those unfortunate loved ones that either died or were infected and turned. These zombies almost always retain their original names, though there are frequently a few words to make the task at hand more palatable such as, “Shoot it in the head honey, your Aunt Bell is with the Lord now.”

Now back to ole Rudolph. In real life, names of killers come in a variety of flavors. Assassins tend to use those memorable full three word names, John Wilkes Book or Lee Harvey Oswald. Serial killers tend to use names that ride a bit more under the radar like Ted Bundy. The worst of them by body count had nicknames attached like Luis Garavito and Pedro Lopez, AKA “La Bestia” and “The Monster of the Andes”. For fiction, this does leave the writer with a huge gotcha opportunity. Mild mannered Penny or milk toast Walt may just turn out to be your next headlined thrasher.

It also brings us back to the drawing board. The geographic history of the character, the time period, and the genre, all play a role in appropriate character naming. Hidden meanings and references within a name might add some additional clues to a character’s personality. All that is great for an intro, but the best way to let the reader know your character is still to draw rich characters the old fashioned way, one word and scene at a time.

Bad Day Books is seeking submissions that take horror, thrillers, suspense, and apocalyptic fiction in unique edgy directions. If you can keep us up all night turning the page, send your submission to editor@baddaybooks.com.